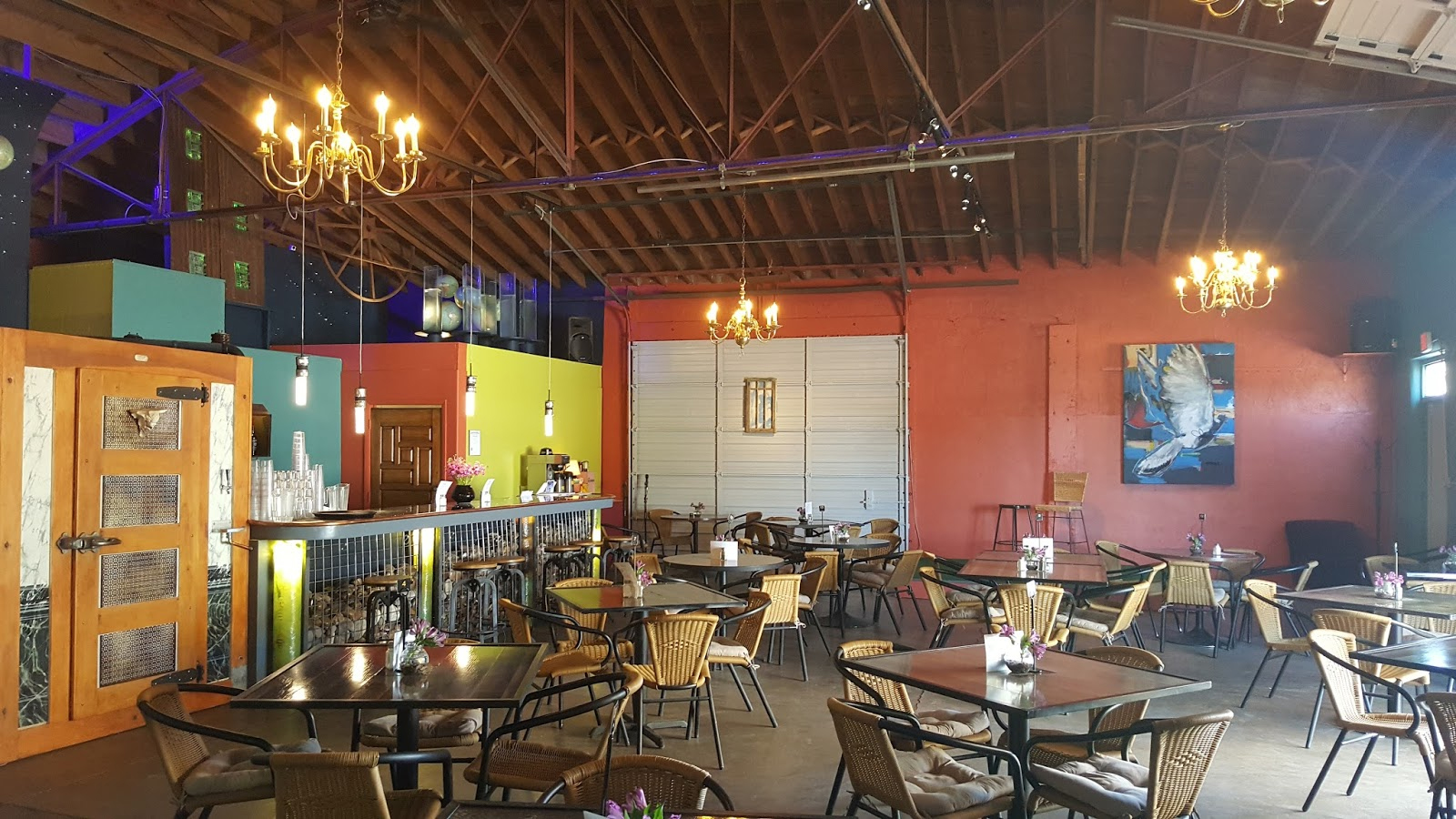 The Kosmos Restaurant opened its doors in 2018 in the sleepy warehouse district of Wells Park, Albuquerque, New Mexico. Guests enjoy an eclectic menu in a funky and charming space it shares with 5G Galleries.

Jerry Miller, owner/manager of The Kosmos Restaurant has lived a colorful life and continues to do so. When younger, Jerry traveled the world. He moved to Australia in search of adventure. When he was ready to find new excitement he then hitch-hiked his way to Perth and jumped a ship to Singapore. Thereafter, he also visited India, Afghanistan, Iran, Turkey, and Yugoslavia.

Fast forward a couple of decades. Jerry finds himself in Albuquerque, New Mexico. He was road-tripping from Chicago to the Southwest. He’d never planned to stay, yet he did. That was 16 years ago.

Jerry has worked as a drug and alcohol counselor, welder, metalworker, sculptor—and now restauranteur. He admits he’d never had any restaurant experience in his past. “I started looking in kitchens and seeing what restaurants had and started thinking about burgers and what I’m going to serve. I decided I was going to go ahead and do it.”

Jerry and his co-manager, David Cudney, have a similar background in the arts—setting the scene that you’ll notice immediately upon walking into the restaurant. The décor is colorful and the place is filled with local artist’s unique creations. It’s unlike most of the typical dining options in Albuquerque.